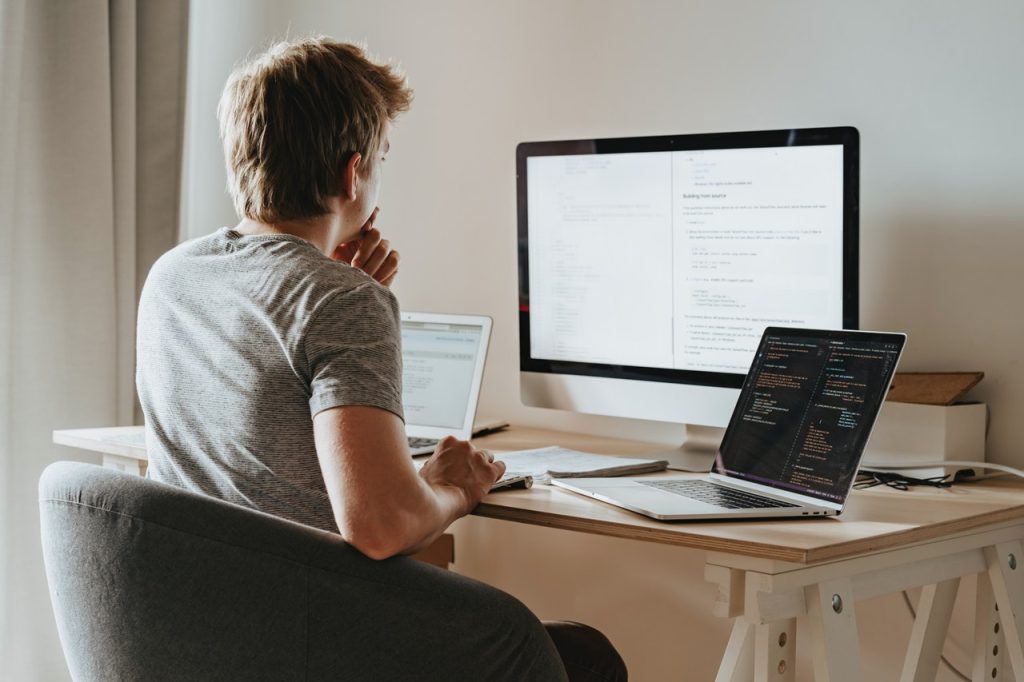 Over the years, the Indian IT sector has seen a massive boom in development, and currently, it holds an important position in the economy’s growth. According to the statistics, India is the prime offshoring destination of IT companies across the world. IT companies are offering many opportunities in India due to the increasing demand for talent.

India ranked 3rd worldwide with 6 lakh + cloud experts in the Financial Year 2020-21. Indian IT workforce totals more than 4.36 million employees. With all this data evidence, it is clear that the Indian developers are of huge demand in the present scenario. The working experience and the major profit earned from this outsourcing process is what is encouraging the IT companies across the world to entrust their projects with Indian Developers. Let us look into the advantages of hiring Indian software developers to dig into the motive behind this extended outsourcing.

1. Talent Hub In the World

India has the largest number of engineers globally and top engineering institutions known for high-quality education with top faculties. Therefore, there is tight competition, which leads to the production of a large number of highly talented developers in the field of IT. Rather than the money, Indian IT companies focus on the quality of the product they are developing and provide a transparent service. The product is run through various tests and experiments, so the companies can launch the product directly without any complexities. It is easy to find talented developers in India since there is a large set of skilled developers.

Compared to other countries, you can hire Indian developers with high talent at a lower cost. It is because the living expense in India is comparatively less than in the western areas. Even the major cities in India are way too cheaper than western cities. Therefore, even if you hire software engineers, one of the highest-paid categories in India, it will be cost-effective for the same talent you find in other parts of the world. Around 45% of American IT companies have branches in India, and this is one of the prime evidence that Indian developers have huge demand across the world.

So why do multinational companies highly prefer Indian developers while they can find developers from other Asian regions as well? We know that India is a land of diversity and culture. Every state in India provides compulsory English education to the students, which makes it easy for them to interact with people interstate and other countries of the world. What is the use of hiring developers if they don’t understand the needs and requirements of the client ?This is why companies worldwide search for talent in India, where they can interact with the developers, who are fluent in both technical skills and communication skills and can discuss the project without any compromising.

4. Time Zone Adjustment Is Not A Barrier

Indian IT companies work 24*7. This ensures client interaction and timely delivery of the product. Even if you are from Fiji or New Zealand, which has 12 hr difference from Indian time, you can access the developers from India since they are working 24 hrs live. Most of the big companies handover large projects to external developers since they can complete the project in time when compared to in-house developers.

Ever since its establishment, India’s constitution has been giving significant policies and support to its IT organizations which are among the torch bearers of development. There is a separate software export promotion council and liberalized rules for import, which is a great advantage to the Indian software industry. The STP scheme introduced by the government is completely centred on the development and export of computer software and services. The Reserve Bank has also taken large measures to aid the software developers. The foreign exchange can be remitted for free for buying services. The NGIS scheme of 2019 results in the enhancement of employment opportunities and competitiveness within the industry which leads to the generation of highly skilled developers.

Indian tradition teaches to host the guests with warm welcome and consideration. This is truly visible in the interaction and services provided by Indian companies. Especially for IT companies, where a large number of foreign business companies and individuals arrive each year, the cultural respect and the compassion shown by Indian developers are worthy of note. They understand all your needs and requirements and ensure you have a great experience working with them.

India IT companies provide a transparent service that gives you an exact analysis of the cost estimation and charge. The developers charge per hour so you can calculate the total price easily, and there is no need to worry about any hidden charges or agendas when you hand over a project. Since there is a lot of competition within the IT companies, they make sure to give the exact information to their clients.

There is a large number of successful developers from India who are currently leading the most famous companies and are setting an example to the world.

This is a small part of a large list of reputed leaders from India. The quality of education and exposure achieved by Indian developers are reflected through these sets of successful developers.

10. Sincerity in the Project

When handed a project, rather than as a workload, Indian developers consider it as their own and work sincerely to make it a success. They are careful in making sure that their client is satisfied and are happy with the outcome. This is a common ambiance in all the sectors and is included in the curriculum of professional courses to put the client first in any situation and is associated with the culture as well.

When you hire an outside team, there is nothing to worry about in the day-to-day office management. Since they have their own management and responsibility in finishing the project, clients can be assured about receiving the output timely. This is also beneficial to the developers as they are not bound to pressure, they can deliver the services efficiently.